Long before the terms Native American or Indian were necessary, the tribes were spread all over the Americas. Before any white man set foot on this territory, it was settled by the forefathers of bands we now call Sioux, or Cherokee, or Iroquois.

For centuries, the American Indian grew its traditions and heritage without interference. And that history is captivating.

From Mayan and Incan ruins, from the mounds left in the central and southern parts of what’s today the U.S. we have learned quite a bit. It’s a narrative of beautiful craft work and deep spirituality. Archaeologists have unearthed remarkably advanced buildings and public works.

While there was inescapable tribal conflict, that was just a slight blemish in the experience of our forebears. They were at peace with this beautiful continent and intensely plugged into nature. 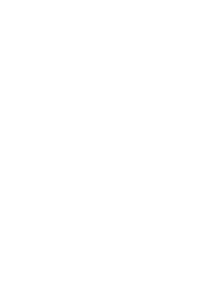 When European leaders dispatched the first vessels in our direction, the intention was to discover new resources – however the quality of environment and the bounty of everything from wood to wildlife subsequently changed their tune. As those leaders learned from their explorers, the drive to colonize spread like wildfire.

The English, French and Spanish raced to slice up the “New World” by transporting over inadequately prepared colonists as fast as they could. Initially, they skirmished with the alarmed Indians of America’s eastern seaboard. But that soon gave way to trade, because the Europeans who arrived here learned that their survival was doubtful with no native help.

Thus followed years of relative peace as the settlers got themselves established on American soil. But the drive to push inland came soon after. Kings and queens from thousands of miles away were anxious to locate even more resources, and some colonists came for freedom and adventure.

They wanted more space. And so began the process of forcing the American Indian out of the way.

It took the shape of cash payments, barter, and famously, treaties which were almost uniformly ignored after the Indians were pushed off the land in question. 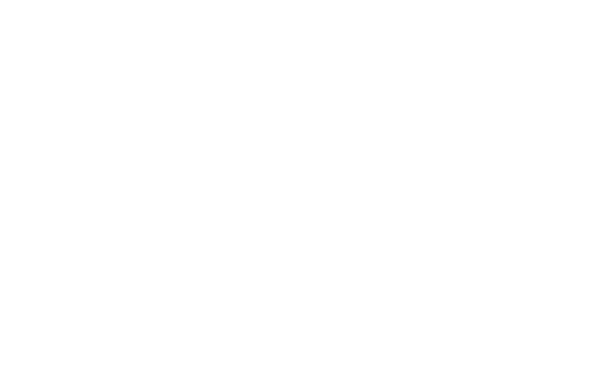 The Sioux, Crows and Blackfeet dominated the Northern Plains. These Native American groups encountered misfortune as the constant flow of European immigrants into northeastern American cities pushed a stream of immigrants into the western lands already inhabited by these diverse groups of Indians.

The early nineteenth century in the United States was marked by its steady expansion to the Mississippi River. However, due to the Gadsden purchase, that lead to U.S. control of the borderlands of southern New Mexico and Arizona along with the authority over Oregon country, Texas and California; America’s expansion would not end there. Between 1830 and 1860 the U.S. pretty much doubled the amount of territory under its control.

These territorial gains coincided with the arrival of troves of European and Asian immigrants who wished to join the surge of American settlers heading west. This, combined with the discovery of gold in 1849, presented attractive possibilities for those prepared make the huge journey westward. Consequently, with the military’s protection and the U.S. government’s assistance, many settlers began establishing their homesteads in the Great Plains and other areas of the Native American tribe-inhabited West.

In 1824, in order to execute the U.S. government’s Native American policies, Congress formed a new agency within the War Department called the Bureau of Indian Affairs, which worked directly with the U.S. Army to enforce their policies. At times the federal government recognized the Indians as self-governing, distinct political communities with varying cultural identities; however, at other times the government attempted to compel the Native American tribes to abandon their cultural identity, surrender their land and assimilate into the American customs.

With the steady stream of settlers in to Indian “” land, Eastern newspapers published sensationalized reports of cruel native tribes committing widespread massacres of hundreds of white travelers. Although some settlers lost their lives to American Indian attacks, this was certainly not the norm; in fact, Native American tribes generally helped settlers cross over the Plains. Not only did the American Indians peddle wild game and other necessities to travelers, but they served as guides and messengers between wagon trains as well. Despite the friendly natures of the American Indians, settlers still presumed the likelihood of an attack.

To quiet these anxieties, in 1851 the U.S. government placed a conference with several local Indian tribes and established the Treaty of Fort Laramie. Within this treaty, each Native American tribe consented to a bounded territory, allowed the government to construct tracks and forts in this territory and pledged not to ever assault settlers; in return the federal government agreed to honor the boundaries of each tribe’s territory and make total annual payments to the Indians. The Native American tribes responded peacefully to the treaty; in fact the Cheyenne, Sioux, Crow, Arapaho, Assinibione, Mandan, Gros Ventre and Arikara tribes, who signed the treaty, even consented to end the hostilities between their tribes in order to accept the terms of the treaty. 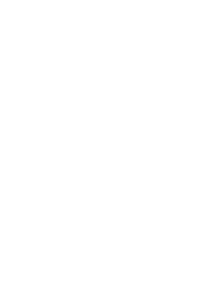 This peaceful accord between the U.S. government and the Native American tribes didn’t last long. After hearing testimonies of fertile terrain and tremendous mineral wealth in the West, the government soon broke their pledge established in the Treat of Fort Laramie by permitting thousands of non-Indians to flood into the area. With so many newcomers heading west, the federal government established a policy of confining Native Americans to reservations, limited areas of land within a group’s territory “” set aside exclusively for their use, in order to provide more territory for the non-Indian settlers.

In a series of new treaties the U.S. government forced Native Americans to surrender their land and migrate to reservations in exchange for protection from attacks by white settlers. In addition, the Indians were given a yearly payment that would include cash in addition to food, animals, household goods and farming equipment. These reservations were created in an effort to pave the way for heightened U.S. growth and involvement in the West, as well as to keep the Native Americans isolated from the whites in order to reduce the chance for conflict.

These accords had many problems. Most of all many of the native peoples didn’t completely grasp the document that they were confirming or the conditions within it; further, the treaties did not respect the cultural practices of the Native Americans. In addition to this, the government agencies responsible for applying these policies were plagued with awful management and corruption. In fact most treaty provisions were never implemented.

The U.S. government rarely fulfilled their side of the deals even when the Native Americans went quietly to their reservations. Unethical bureau agents repeatedly sold the supplies that were intended for the Indians on reservations to non-Indians. Moreover, as settlers needed more property in the West, the federal government constantly reduced the size of reservation lands. By this time, many of the Native American peoples were dissatisfied with the treaties and angered by settlers’ constant appetite for land.

Angered by the government’s dishonorable and unfair policies, some Native American tribes, including bands of Cheyennes, Arapahos, Comanches and Sioux, battled back. As they fought to defend their lands and their tribes’ survival, more than one thousand skirmishes and battles broke out in the West between 1861 and 1891. In an attempt to push Native Americans onto the reservations and to end the violence, the U.S. government reacted to these skirmishes with costly military campaigns. Clearly the U.S. government’s Indian regulations were in need of a change. 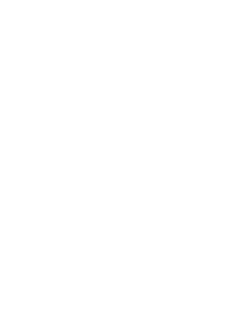 Native American policy shifted drastically following the Civil War. Reformers felt that the policy of pushing Native Americans onto reservations was too severe even while industrialists, who were worried about their land and resources, regarded assimilation, the cultural absorption of the American Indians into “white America” as the sole permanent strategy for guaranteeing Native American survival. In 1871 the federal government approved a critical law proclaiming that the United States would not treat Native American tribes as independent entities.

Many U.S. government administrators viewed assimilation as the most practical solution to what they deemed “the Indian problem,” and the sole lasting means of insuring U.S. interests in the West and the survival of the American Indians. In order to accomplish this, the government pressed Native Americans to relocate out of their established dwellings, move into wooden homes and turn into farmers.

The federal government passed laws that forced Native Americans to quit their established appearance and way of living. Some laws outlawed traditional religious practices while others ordered Indian men to cut their long hair. Agents on more than two-thirds of American Indian reservations set up tribunals to implement federal polices that often prohibited traditional cultural and spiritual practices.

To speed the assimilation process, the government set up Indian training centers that tried to quickly and forcefully Americanize Indian kids. According to the director of the Carlisle Indian School in Pennsylvania, the schools were developed to “kill the Indian and save the man.” To be able to accomplish this goal, the schools required enrollees to speak only English, put on proper American attire and to replace their Indian names with more “American” ones. These new policies helped bring Native Americans closer to the conclusion of their original tribal identity and the beginning of their daily life as citizens under the complete control of the U.S. government.

In 1887, Congress passed the General Allotment Act, the most important component of the U.S. government’s assimilation platform, which was designed to “civilize” American Indians by teaching them to be farmers. In order to accomplish this, Congress needed to increase private title of Indian land by splitting up reservations, which were collectively owned, and providing each family their own stretch of land.

Additionally, by pushing the Native Americans onto limited plots, western developers and settlers could purchase the remaining acreage. The General Allotment Act, better known as the Dawes Act, required that the Indian lands be surveyed and every family be given an allotment of between 80 and 160 acres, while unmarried adults received between 40 to 80 acres; the residual acreage was to be sold. Congress was hoping that the Dawes Act would divide Indian tribes and encourage individual enterprise, while cutting down the cost of Indian administration and serving up prime property to be purchased by white settlers.

The Dawes Act proved to be catastrophic for the American Indians; over the next generations they lived under regulations that outlawed their traditional lifestyle yet failed to supply the crucial resources to support their businesses and families. Splitting the reservations into smaller parcels of land brought about the significant reduction of Indian-owned property. Within three decades, the tribes had lost in excess of two-thirds of the region that they had controlled before the Dawes Act was passed in 1887; the majority of the remaining land was sold to white settlers.

Commonly, Native Americans were duped out of their allotments or were required to sell off their land in order pay bills and take care of their own families. Consequently, the Indians were not “Americanized” and were generally not able to become self-supporting farmers or ranchers, like the makers of the policy had desired. It also developed anger among Indians toward the U.S. government, as the allotment method sometimes destroyed land that was the spiritual and social location of their activities.

Between 1850 and 1900, life for Native Americans changed substantially. Due to U.S. government regulations, American Indians were forced from their living spaces because their native lands were parceled out. The Plains, which they had previously roamed alone, were now filled with white settlers.

Over these years the Indians ended up cheated out of their land, food and way of living, as the “” government’s Indian policies forced them onto reservations and tried to “Americanize” them. Many American Indian bands could not survive relocation, assimilation and military loss; by 1890 the Native American population was reduced to less than 250,000 persons. Thanks to generations of discriminatory and dodgy policies implemented by the United States government between 1850 and 1900, life for the American Indians was altered permanently.